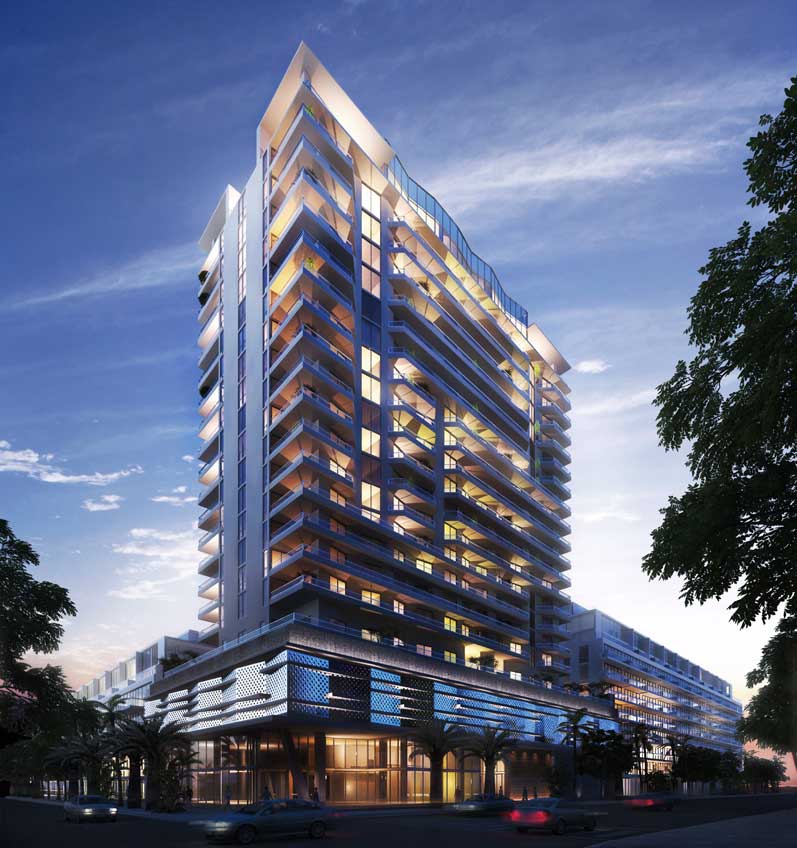 Not many builders could keep pace with the energy of booming urban developments in Miami’s high-end neighborhoods, and Civic Construction repeatedly proves it is up to task.

With a variety of upscale mixed-use projects in Miami, Civic Construction is helping reimagining the city by catering to a demand for urban living that excites and inspires.

The Miami-based general contractor and co-developer is delivering projects in Miami’s Brickell district, traditionally the city’s financial district – and now the site of revitalization efforts aimed at keeping more people in the area after work, company President William Real says.

“The city of Miami is really pushing for a vibrant life within the city,” he says. “The buildings are very urban and pedestrian friendly. We’re creating a better environment. Before, the downtown and urban areas looked like ghost towns after business hours because everybody was commuting. It was more of a work place. Then you have to get in your car to go eat lunch or dinner. At 5 o’clock you would leave work and it was empty until 7 o’clock the next morning.”

A creative transition to street level is one technique to connect living spaces with urban environments, and one Civic is implementing in Brick- ell TEN, a luxury condominium development in the heart of the district. The 25-story apartment complex along Brickell Avenue features an art- work screen in front of the building, to the third floor. That still allows direct access for those walking around the city and contributes to an emphasis meant to appeal to young professionals.

“The car becomes secondary to the pedestrian,” Real says. “It makes a difference. This is working. you see younger people moving to the city. Before, a lot of that growth was constrained in the suburbs. Even at night, when you go by these places now, there are just as many people there at night as during the day.”

A Model for Modern Life

The 155-unit Brickell TEN features with aluminum and glass exterior for a modern vibe, and it includes more than 13,900 square feet of retail and restaurant space. A lanai level indoor and outdoor social club is part of the amenity offering, as well as a 1,600-square-foot corner swimming pool that overlooks the city. Residents can also enjoy a pool and billiards room, a business center, recreational room, barbecue space, kids’ playroom and rooftop gathering spaces as well as landscaped gardens and other spaces meant to bring residents together.

“They didn’t spare any expense on this,” Real says.

Civic broke ground on the project in December 2014 and over 88 percent of units sold in the first 60 days. It was also the first major residential development to take shape in the west Brickell area during the recent boom. Also in Brickell, the company is working on a 45-story, 520-room hotel that meets the demands of the ultra-luxury market.

The company has two other projects underway nearby, the Hallandale mixed-use project – a high-end, 160-unit mixed-use hotel development with commercial on the ground floor and 320 rental apartment units – and Vida Brickell, another residential complex that follows suit of Brick- ell TEN’s upscale elements. The company also is considering at least two additional projects in the district.

West of Brickell, another ultra-luxury hotspot for Miami is the historic city of Coral Gables, nicknamed “The City Beautiful,” where Civic Construction is working on the Mile, a development with 120 units of luxury rentals. The company is finishing interior work on that project and moving ahead on another just down the street, Urbania ─ more luxury rental units. Civic also broke ground this year on another development, 2500 Biscayne, just north of Brickell. In the ritzy section of Miami Beach, Civic Construction also is delivering two residential developments: Harbour Park and Bay Breeze, which feature similar amenity packages and interior elements – in a waterfront setting.

“Brickell is like the hub,” Real says. “Everything is evolving and branching out from the Brickell area right now. The rental market here right now is really, really big. The finishes are very similar to Brickell TEN finishes. The amenities are the same.”

By joining developers early in the projects, Civic builds continuity in addressing what high-end tenants expect – and what will exceed their expectations, too.

“We guide our developers through the entire design process,” Real says. “Most of these developers come to us with a survey. We handle almost all the preconstruction process. We guide them on what the market calls for the building to have.”

That allows Civic to maintain important partnerships with developers and ensure that all parties involved are catering to the market.

“We’re a full-service shop. [The developer] comes to us and we take care of everything, from the start,” Real says. “We get to know the project from the roots – from its conception to realization in the end.”

Real, who started as an architect before moving into general contracting, says contributing to a growing city is part of the company’s ethos.

“We are proud of this,” he says. “It’s good to see Miami going through this growth right now and to be part of it.”